LHC cryogenics is a complex large-scale system that contains about 60 000 signals. Each day, about 100 millions of datapoints are archived in the CERN databases. In order to perform efficently some calculations and analysis on this large amount of data, sophistifacted data analytics techniques are mandatory.

LHC cryogenics data are archived in the so-called NXCALS database managed by CERN. Recently, a new platform called SWAN (Service for Web based ANalysis) has been setup at CERN to allow interactive data analysis using the CERN cloud infrastructure. Different technologies and languages are available for such analysis. For LHC cryogenics data, we use jupyter notepook in Python language and data are recovered in NXCALS by using the CERN Spark Cluster.

The data retrieval, the resampling and the calculations for a typical LHC fill of about 15 hours takes around 10 minutes. 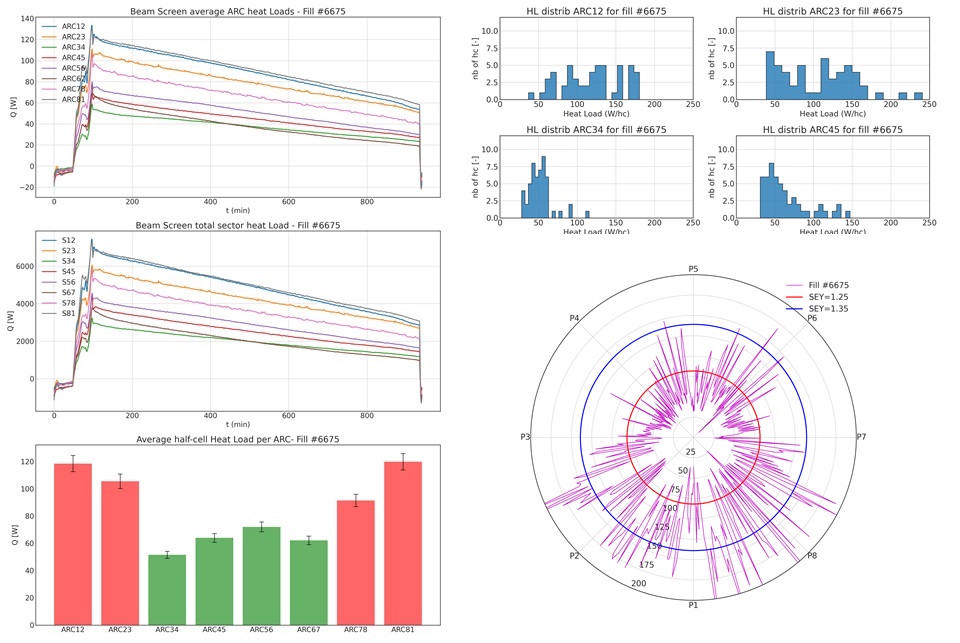